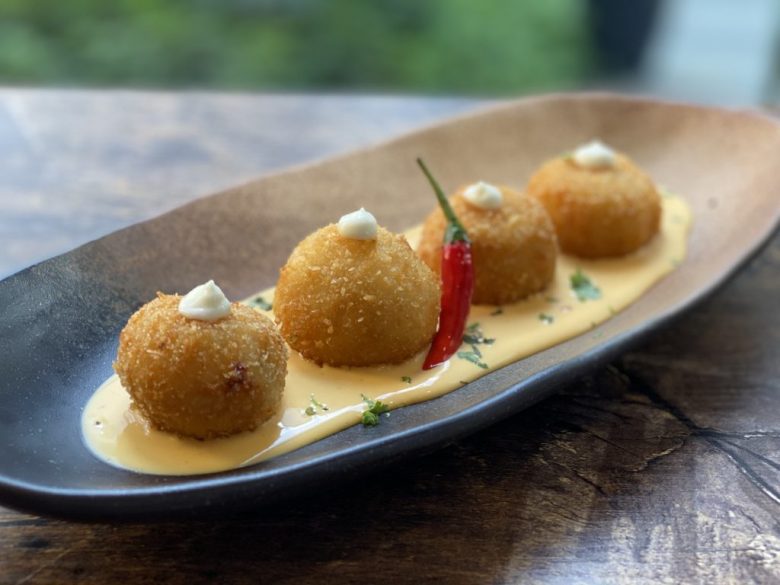 The restaurant is helmed by Executive Chef Alexander Moreno, who hails from Havana, Cuba, home of the Mojito. We got chatting with the chef about his cuisine and he didn’t seem surprised or thrown off by our plant-based requests. There are quite a few vegetarian dishes on the menu and when I mentioned that I prefer vegan to vegetarian, he was able to customise a couple of dishes to be vegan.

Chef Alex mentioned that vegetarianism isn’t huge in Cuba, but it isn’t unheard of either. There are more vegetarian people in the countryside than in cities. Moreno’s cuisine, however, is contemporary and as such, he doesn’t forget the vegetarian diner. Here’s a lowdown on the veg food offered at both outlets.

Owing to its location in CBD, Cuba Libre @ Frasers Tower focuses on the food, with a visible effort put into the dedicated Vegetarian Menu. Cuba Libre @ Clarke Quay, on the other hand, places a high importance on the drinks, music and the Clarke Quay vibe as well, hence, the food menu is smaller. Don’t worry though, they’ve still got the herbivores covered with vegetarian and vegan Tapas & Bites to go alongside those drinks. Here are the veg dishes that you can dig into at either outlet. 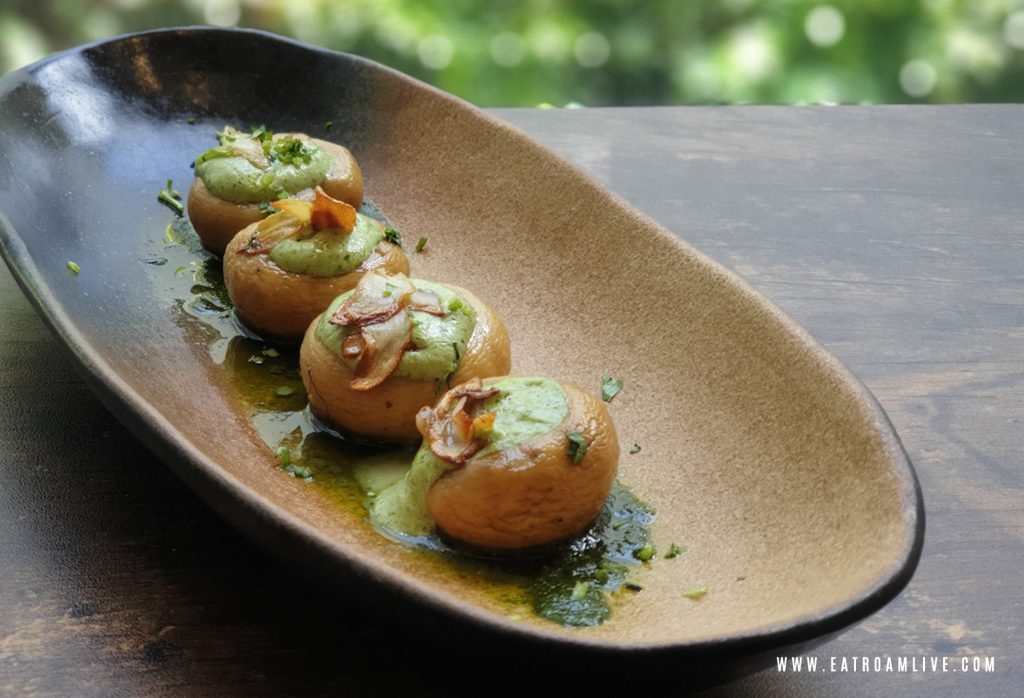 Champinones Al Ajillo makes for a good start. These are sautéed mushrooms topped liberally with a delicious ricotta and spinach sauce and dressed with roasted garlic. The dish lies on a bed of basil pesto and although the mushrooms are bland on their own, the dish works quite well when you load the sauces onto each bite.

After the creamy mushrooms, I was hoping to kick things up a notch with the Jalapeño Poppers but that was not to be. Cuba Libre’s poppers are quite mild. I like mine to be a bit more fiery, so these didn’t appeal to me, but if you’re not one for the chillies, by all means, try them out. 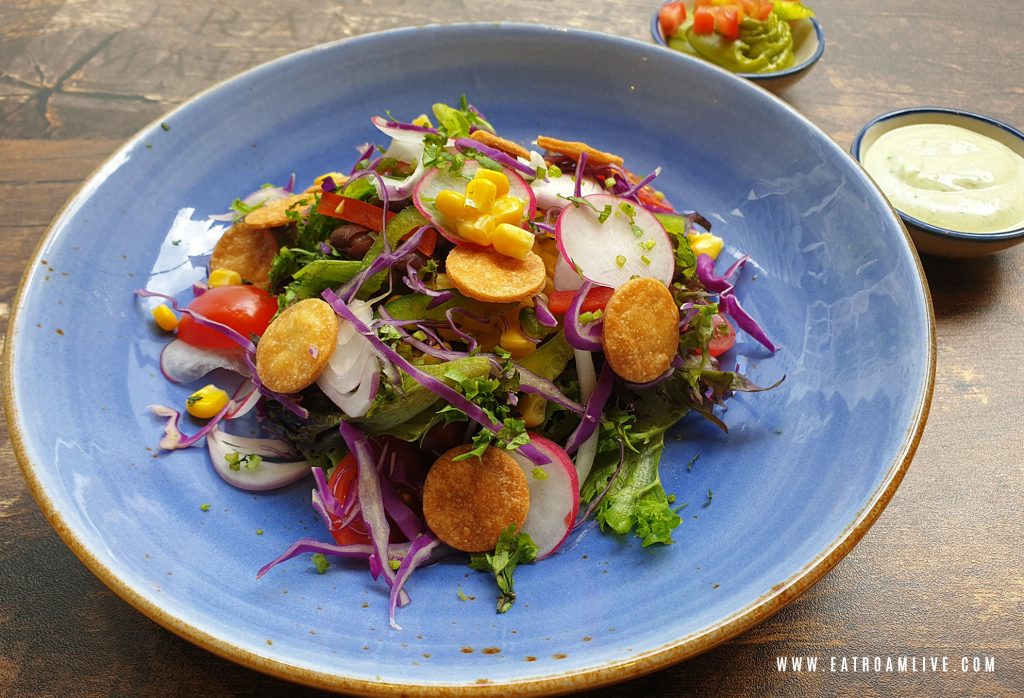 Mexicana Salad makes for a healthy side, your typical mexican salad with corn, black beans, purple cabbage, bell peppers, radish, onion, cherry tomato and greens, topped with a coriander lime yogurt dressing that can be replaced with guacamole for the vegan diner. 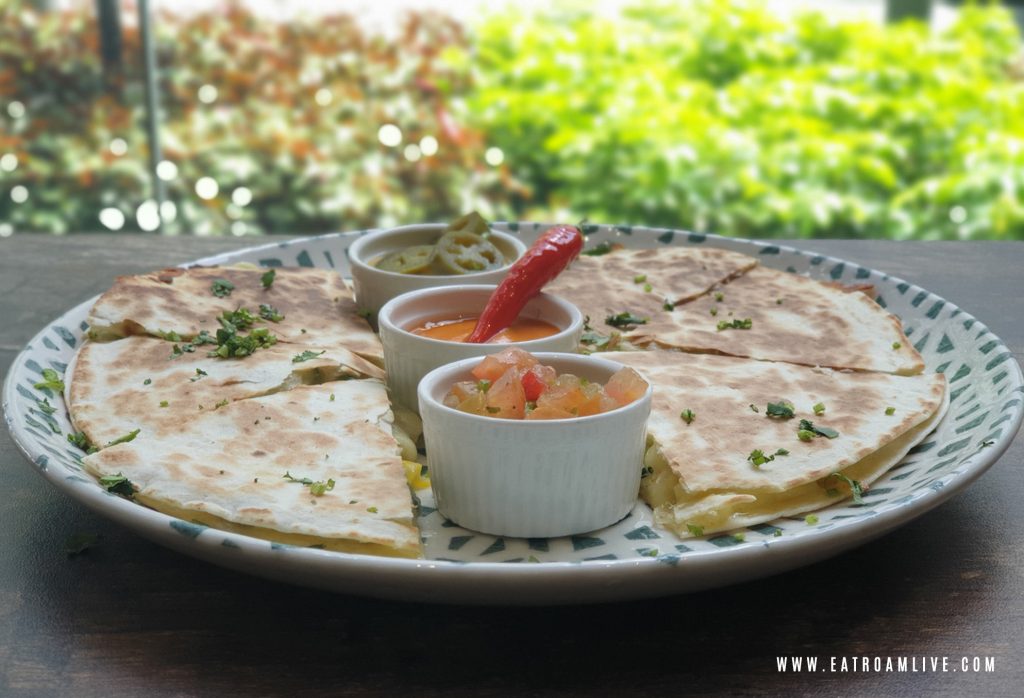 Cuba Libre’s Vegetarian Potato & Cauliflower Quesadilla is one of the better vegetarian quesadillas I’ve had in Singapore! While most Mexican restaurants offer veg quesadillas, they’re more often than not just tomatoes and cheese. Not so at Cuba Libre! Chef Moreno’s version is loaded with all sorts of vegetables and served with 3 dips – Guacamole, a homemade Chilli Dip and a homemade Cheese Sauce. This was a hit across the table and makes for a great, healthy dish for picky eaters. 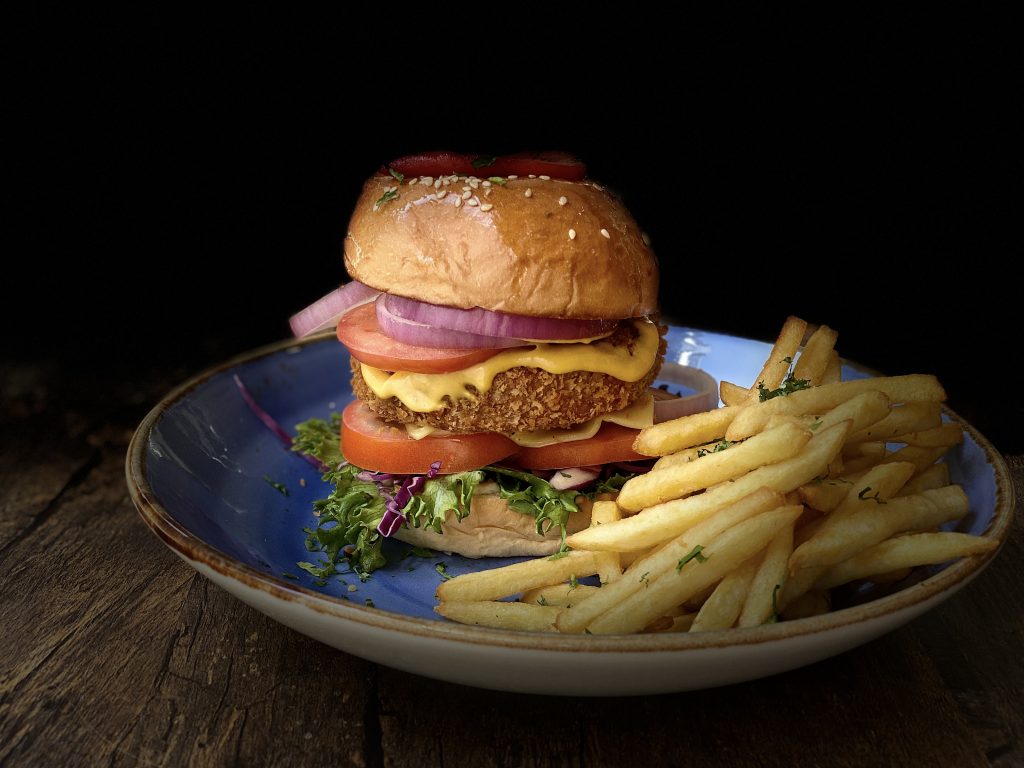 What’s a bar without a juicy burger? Cuba Libre delivers with the Vegetariana Burger (S$15++), made with a homemade patty of beans, chickpeas, capsicum, coriander and roasted, mashed sweet potato in a sesame bun and served with a side of fries.

If you need another reason to visit, Cuba Libre, Frasers Towers is just a stone’s throw away from Tanjong Pagar MRT station, making it extremely convenient for a weekday lunch at CBD. The focus on the kitchen, doesn’t come at the cost of the bar, you can still find an extensive drinks menu here with a plethora of cocktails, mojitos and martinis, taking care of the evening and weekend socials. But weekday or weekend, one of the best reasons to visit Frasers is that 2 of our favourite dishes at Cuba Libre, are both not to be found at Clarke Quay. 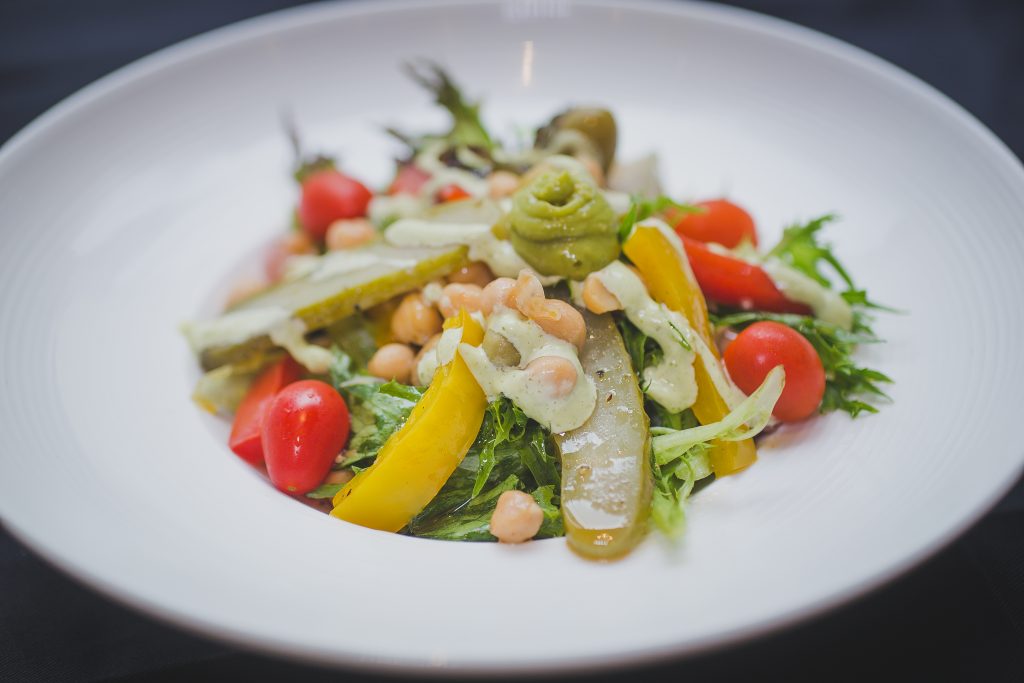 You can safely ditch any other salad at Cuba Libre for Coriander Guacamole Chickpea Salad (S$12++), a delicious mix of chickpeas, roasted veggies, tomatoes and olives, served on a bed of rocket leaves and greens. The chickpeas are slightly spiced with cumin and sweet paprika and there are hints of truffle oil adding to the flavours. The salad is topped with a dollop of guacamole and drizzled with toasted almond slivers and (eggless and vegan) coriander mayo. Highly recommended, a highlight of our meal! *The dish is vegan. 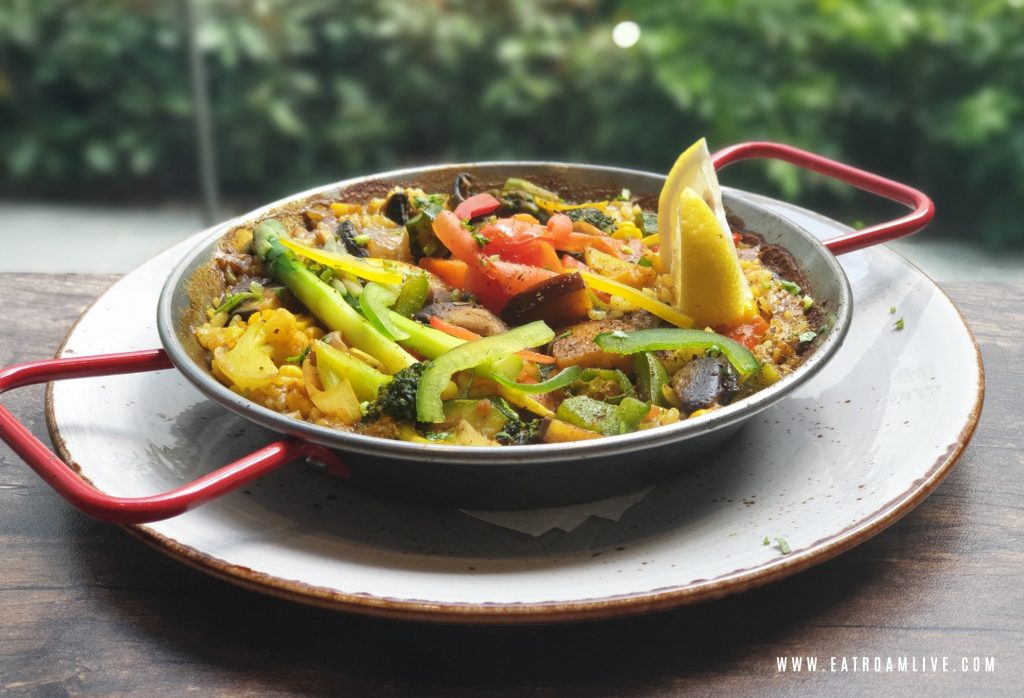 For mains, I highly recommend the moreish Paella de Vegetales (S$20++). My lunch partner and I were both completely floored by the Paella. Slightly lemony with hints of saffron, the paella hit all the right notes. The dish is loaded with vegetables, everything from zucchini to asapagus to okra. Tip: Wait for 3 minutes before digging in, to allow the flavours to mix. *The aspagus is topped with hard-boiled eggs which can be easily omitted upon request making the dish vegan.

So next time you head over to Cuba Libre, opt for their veg dishes, and at Frasers Tower, do ask for the dedicated Vegetarian Menu. Oh, and if you’re a V member, don’t forget to ask for your 20% discount on the Vegetarian Menu. Bon appétit!