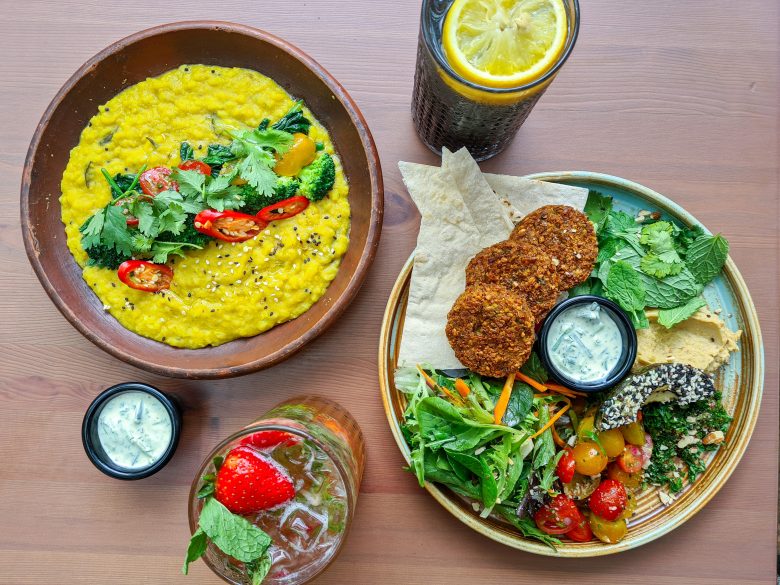 Vegan haven in the heart of the city – It’s not just Genius, it’s Genius Central!

Genius Central is a spacious and chic café in Singapore’s CBD, committed to producing and serving high-quality, healthy food with whole-food ingredients. The menu is largely plant-focused and organic, with plenty of vegetarian, vegan, dairy-free, gluten-free and nut-free options available. The menu is wide and varied, and from sauces and dressings to house-made raw desserts, everything is made completely onsite. 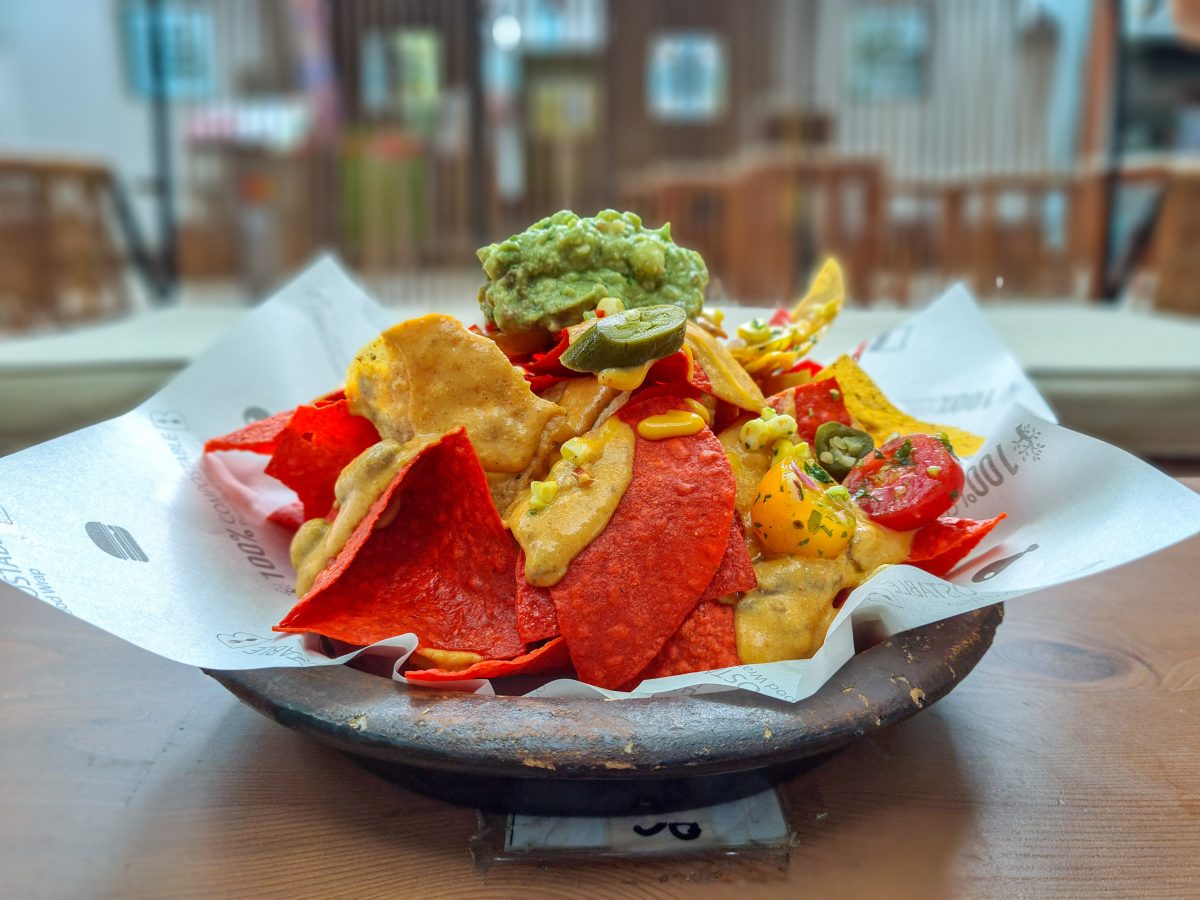 Not too long ago, a friend who had recently discovered this vegan friendly haven came to me and I realised I hadn’t been back in quite a while so we decided to head over for a big lunch date! We started off with the Vegan Nachos (S$18), a huge portion of corn chips with all the works. Home-made vegan cheese, kidney beans, cherry tomatoes, salsa, guacamole, jalapenos and a dollop of vegan sour cream on top. The home-made cheese made with cashew and carrots lends it a slightly sweet taste which balances out all the tartness from the salsa and tomatoes perfectly. The gigantic plate of nachos (as you’ll see from the picture) was polished off in record time. Bottomline: Nobody, vegan or non-vegan, adult or kid would have anything to complain about here!

Although listed under mains, I’d recommend ordering the Falafel Bowl (S$18) as a starter, to share between 2-3 people, which is what we did. The Falafel bowl is a platter with home-made crispy falafels and flatbread served alongside dollops of hummus AND beetroot hummus. Hummus on top of hummus – score! The platter includes sides like cherry tomato salsa, green salad, a big slice of avocado and dukkah. It also comes with a home-made cashew-based raita which although curious, was very delicious. I found the flat bread to be slightly dry but everything else in the platter was top-notch, the falafels and the tomato salsa being the highlights. 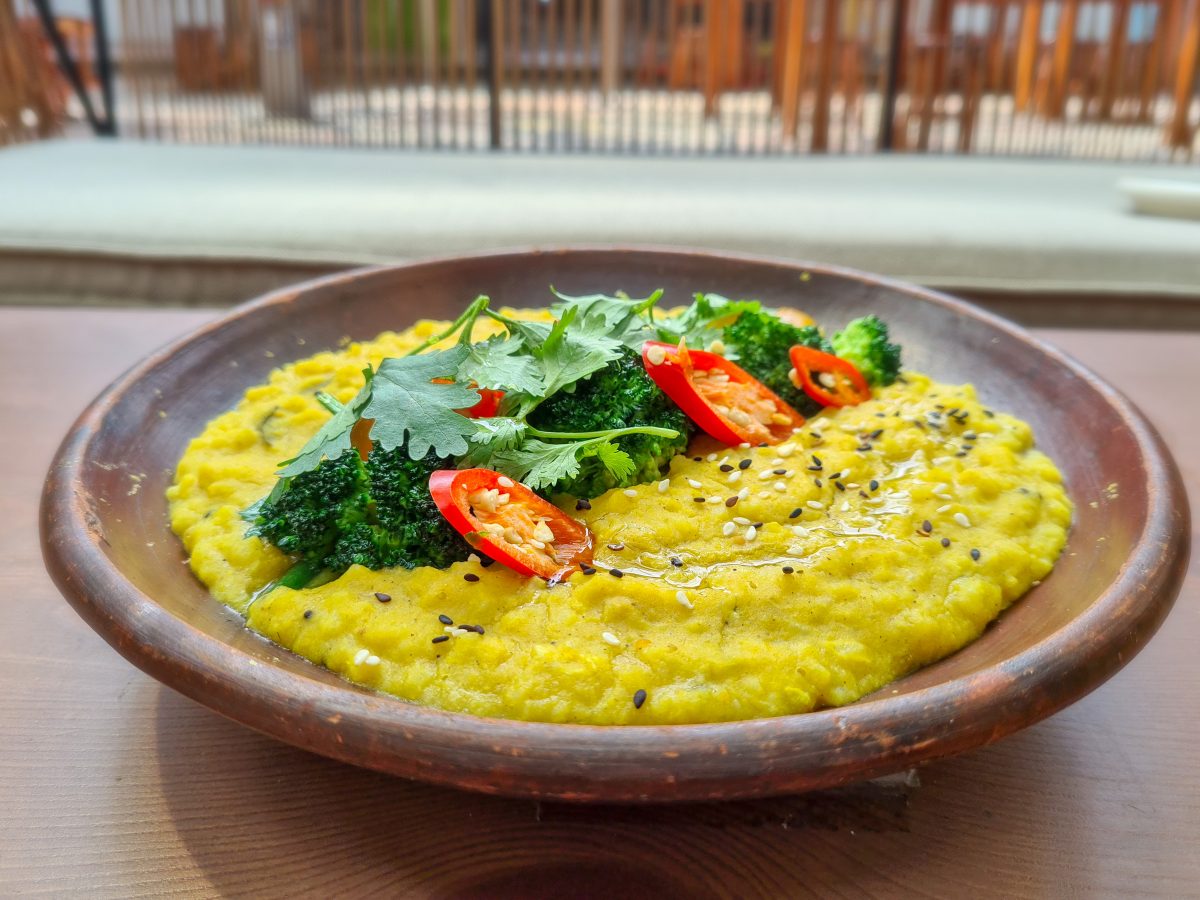 On to the mains and I was surprised to see Khichdi (S$17) on the menu. For the uninitiated, Khichdi is a simple, home-cooked Indian comfort food that is akin to a porridge but made with rice and lentils. This isn’t something I would normally order in a restaurant, in fact, you would be hard pressed to find Khichdi in an Indian restaurant anywhere. However, the staff highly recommended it and as we’d previously heard good reviews of the dish, we decided to go ahead and order it. The Khichdi ended up being a big surprise, much tastier than I would have expected it to be. Genius Central’s rendition is tempered with mustard seeds and curry leaves and unlike traditional khichdi, is topped with broccoli, haricot beans, and baby spinach, which truly uplifts the humble Khichdi. The dish is served with a home-made cashew raita with lemon and cucumber, very much reminiscent of tzatziki.

On a previous visit, I had tried the Mixed Mushroom Pizza(S$23) and the Creamy Mushroom Pasta (S$18) and I can’t recommend the latter enough! While the pizza has a great wood fire crust going for it, I prefer my pies with stretchy-melty cheese; Genius’s version however, is topped with the homemade cashew and carrot cheese, which is more like a sauce. I don’t say this lightly, but I would have preferred the Mixed Mushroom Pizza sans the cheese!  The Creamy Mushroom Pasta on the other hand is unquestionably one of the best vegan creamy pastas in town. Loaded with a tonne of mushrooms the spaghetti comes swimming in a flavourful and herby cashew based sauce – now THAT is right up my alley! This dish definitely goes down in our must-try list at Genius Central. 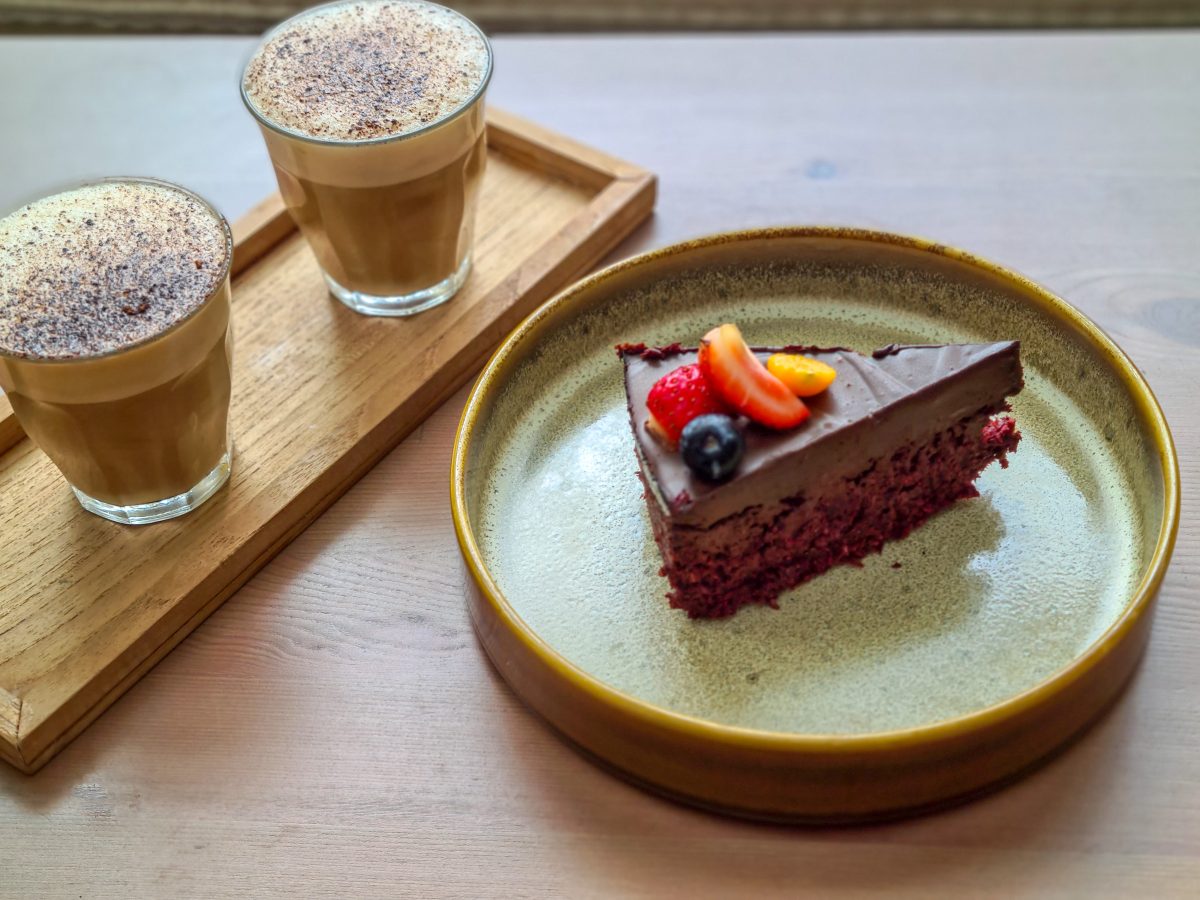 When it comes to vegan desserts we generally keep expectations low but I was super impressed to find that they offer five vegan desserts. Barring their muffins, every dessert slice on their menu is plant based and also entirely gluten free. While they all looked appetizing, the Raw Beetroot Cake(S$8) caught my eye – it’s not everyday that you see a gluten free, vegan and raw healthy dessert, so I just had to try it! The chocolate ganache was dark, intense, not overly sweet and it paired beautifully with the beetroot nuttiness of the raw cake. If you’re ever looking for a guilt-free dessert on the go, this has got to be a top pick.

Whatever you eat at Genius Central, I highly recommend finishing the meal off with a steaming cuppa Cappuccino with Almond Milk (S$8). The almond taste is mild and the coffee is just perfect, one of the better non-dairy cappuccinos I’ve had in Singapore.

While Genius Central is better known for its bustling co-working community and the entrepreneurial environment that it offers, their food is certainly no second fiddle. Their commitment to inclusivity goes beyond their ambience and there’s something for everyone on their very extensive menu. We highly recommend giving their healthy vegan menu a chance – it might surprise you.

« Super Loco’s Carbon Conscious Vegan Friendly Menu: You Can Now Have Your Cactus and Eat it too
8 Michelin-Starred Restaurants for Indulgent Vegetarian Fine Dining »