Super Loco’s Carbon Conscious Vegan Friendly Menu: You Can Now Have Your Cactus and Eat it too

For a few years now, The Loco group has been committed to making sustainability a priority and have been introducing changes and initiatives to support the same. Recently, they became Singapore’s first independent restaurant group to pilot a tree-planting initiative dedicated to funding reforestation across Borneo’s endangered rainforests. This along with a vegan friendly carbon conscious menu got me plenty excited and I just had to check it out! 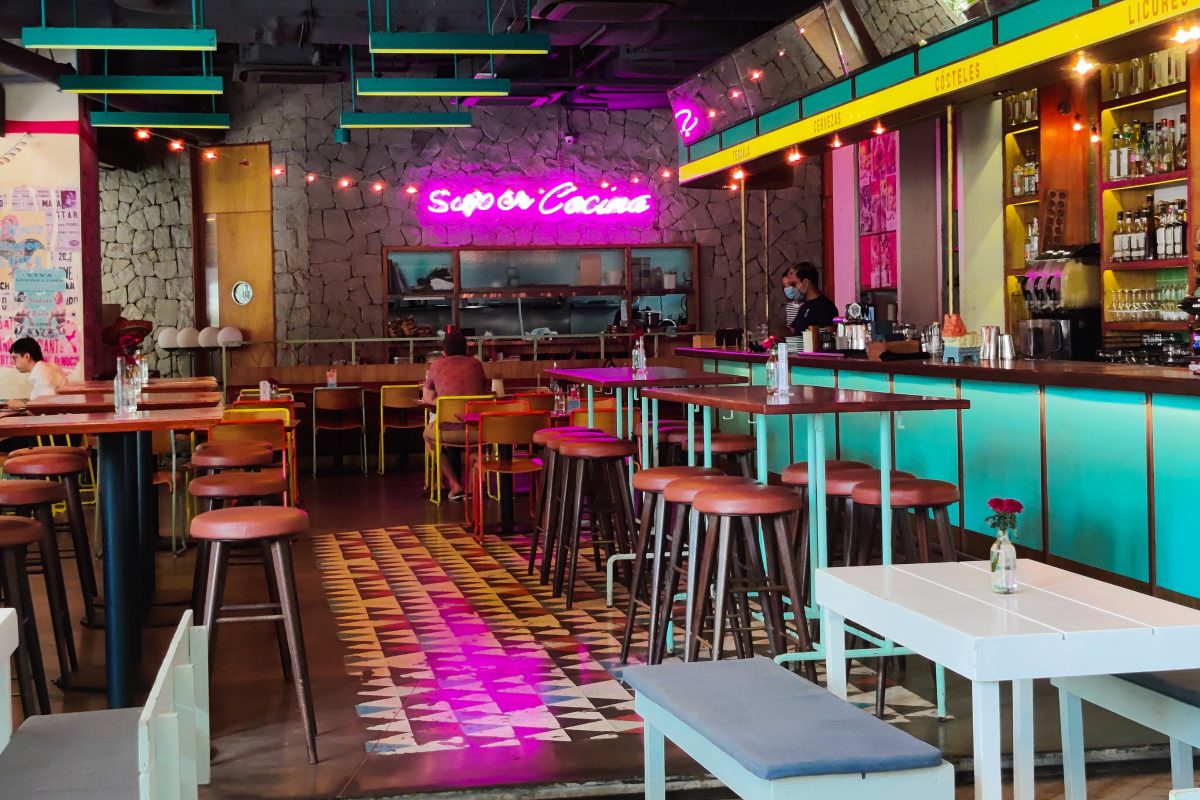 Located by the river, Super Loco at Roberston Quay has a warm and welcoming vibe that truly transports you to the tropical streets of Mexico. Rustic walls, painted tiles and a myriad of bright colours come together tastefully to create a fantastic dining atmosphere. Once there, I was surprised (rather pleasantly) to find out that in order to start a conversation about the true environmental cost of their menu, they have recently introduced a new feature whereby you can calculate the carbon footprint of each dish and compare the difference between plant-based and animal protein dishes! 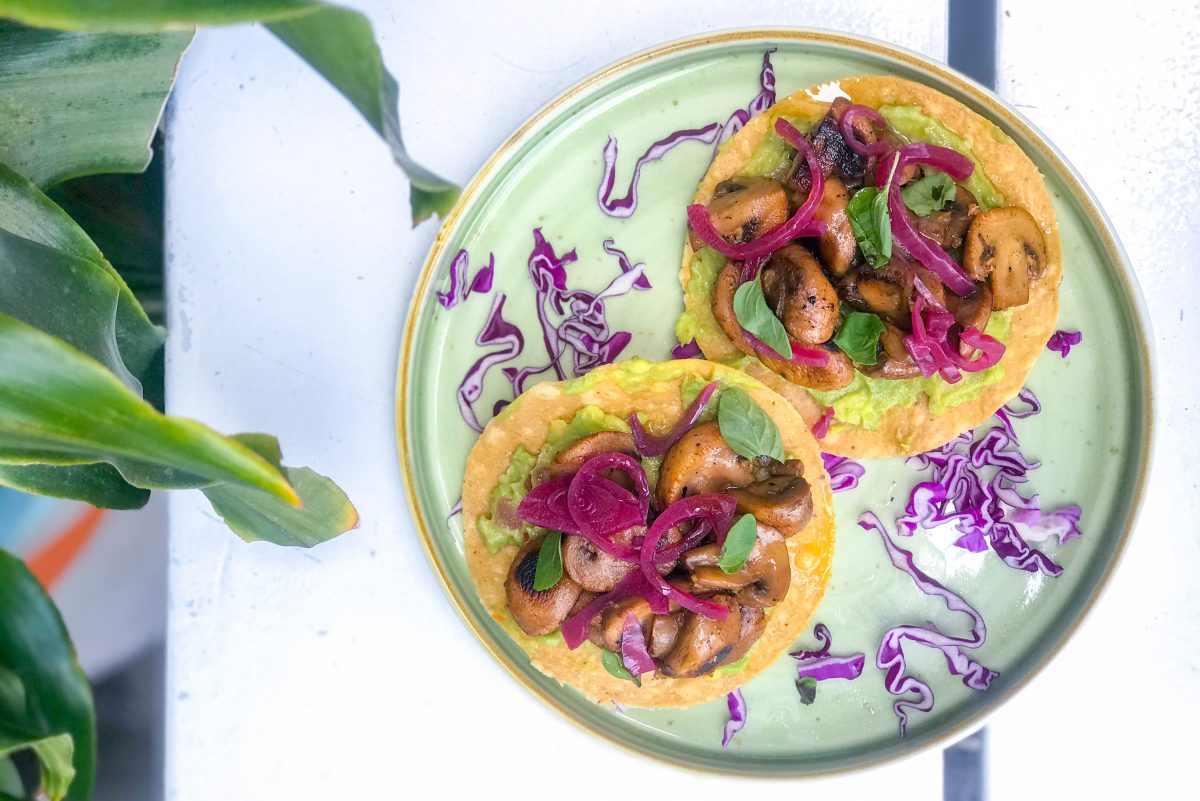 I started out with some Mushroom Tostadas (S$14) which can be made vegan by skipping the Cojita Cheese. Crispy Tortillas slathered with guacamole, topped with perfectly caramelized mushrooms and pickled onions make for a delicious combination. You know how sometimes, omitting a key ingredient to veganize a dish leaves it tasting a little incomplete? Well, that doesn’t happen here—the tart onions do such a good job in balancing the sweetness from the mushrooms that you really don’t miss the cheese. 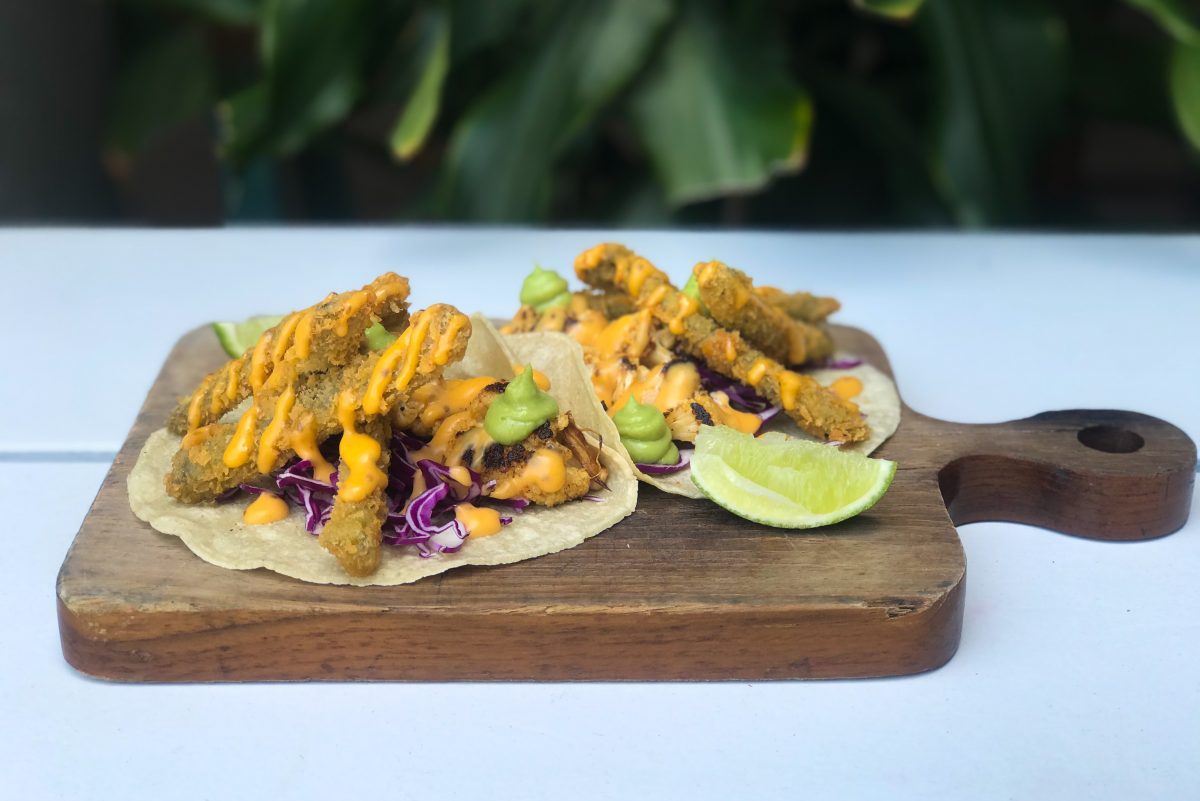 Coming to the dish I was both suspicious of and most excited to try – the Cactus Frito Taco (S$9). Crispy breadcrumbed cactus and charred cauliflower drizzled with the most interesting passion fruit and chia salsa is served with creamy avocado atop a soft taco. The best way to describe the texture of the crispy fried cactus is succulent and meaty yet nothing like you’ve ever tasted before. The passion fruit salsa was delicious but I was expecting a little bit more of a kick from the serrano chilli. While I wasn’t bowled over by the cactus, I would totally order this dish again—after all what could be more sustainable than eating a plant that can grow in the desert? 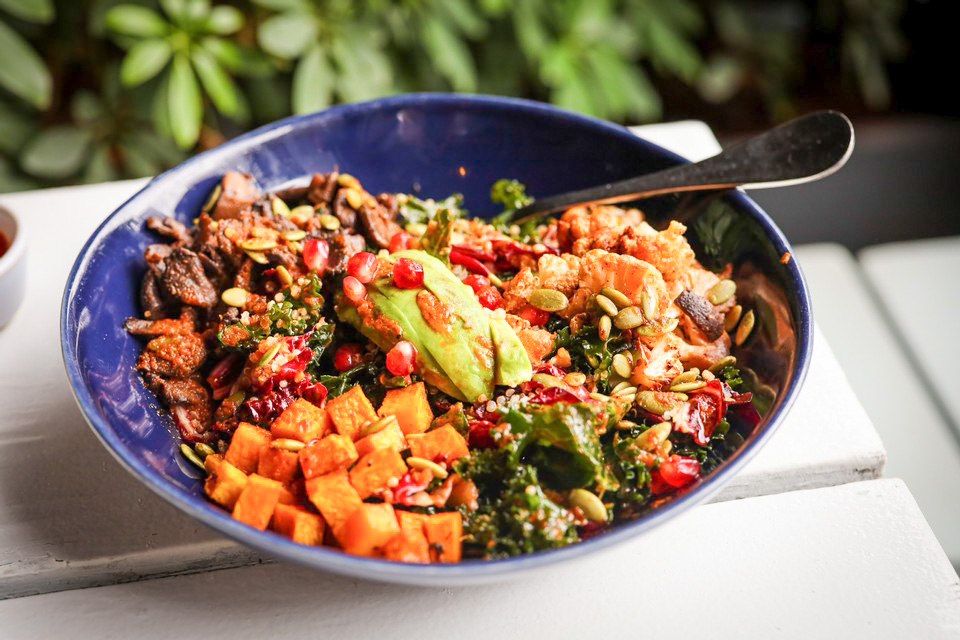 As someone who loves salads but would rarely order one at a restaurant (because if you can have an enchiladas why would you choose a bowl of greens?), boy am I glad I tried the Mother Earth Ensalada (S$16). It was easily my favourite dish of the day. While the perfectly charred cauliflower, mushrooms and roasted pumpkin give it more of a “grain-bowl” feel, the hero of this salad, hands down, is the crispy fresh kale and the perfect half avocado seasoned  with an Agave-chipotle dressing. The crispy pepitas add a much needed crunch and all in all this salad simply “kales-it”! By this point, I was starting to wonder if it’s the use of agave in so many of their savoury preparations that gives them such a moreish quality, but my thoughts were soon interrupted by VEGAN enchiladas! 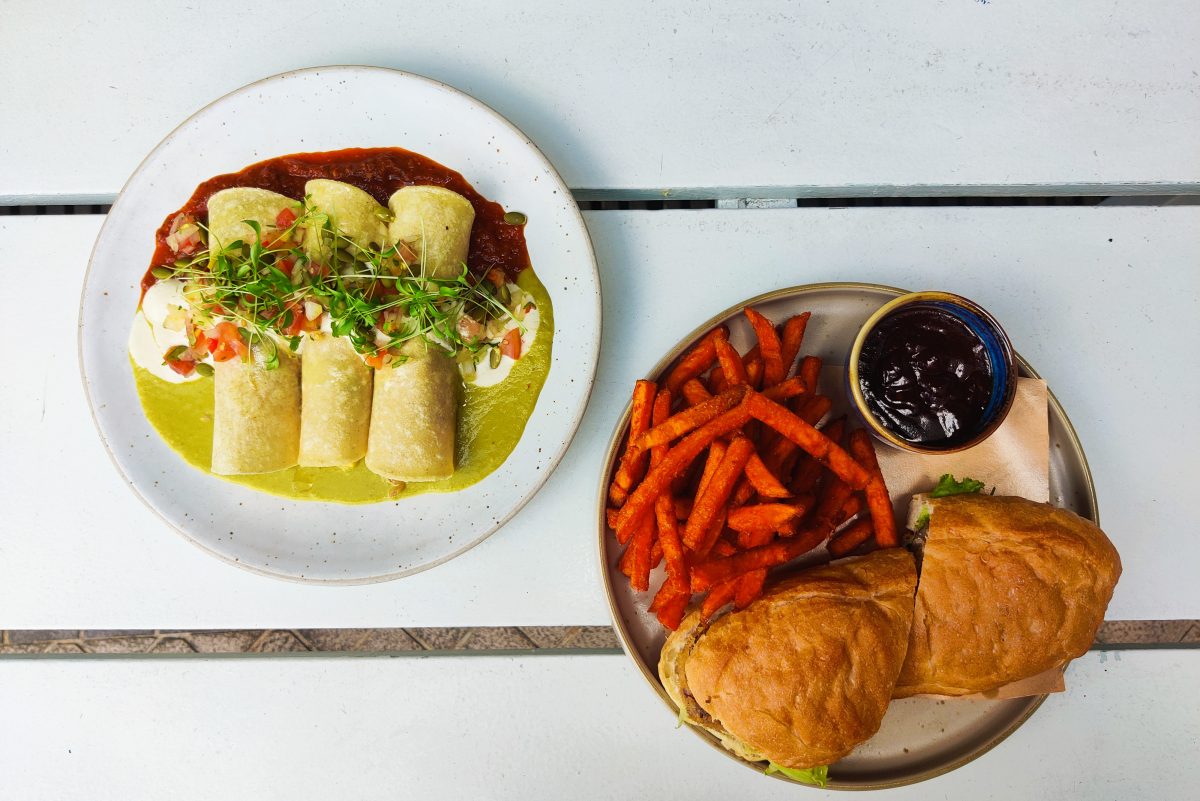 The Roast Pumpkin and Corn Enchiladas (S$22) are a beautiful sight—strangely reminiscent of the Mexican flag, swimming in just the right amount of sauce (both verde and roja) and topped with a generous helping of cashew crema, adorned with micro coriander and some fresh pico de gallo. As delicious as the enchiladas were, I felt that the seasonings were more on point than the actual filling – the rice overpowered both the corn and pumpkin. I would still order this dish again though, because it did make for a Mexican flavour party in my mouth.

Before we jump into dessert, I must also talk about the sweet potato fries that came on the side of the veganized Eggplant Torta (S$19). Crispy yet not greasy and, seasoned just right, these delicious spuds really hit the spot. The Torta itself didn’t wow me as it was a little dry without the cheese and the sour cream that it typically comes with. 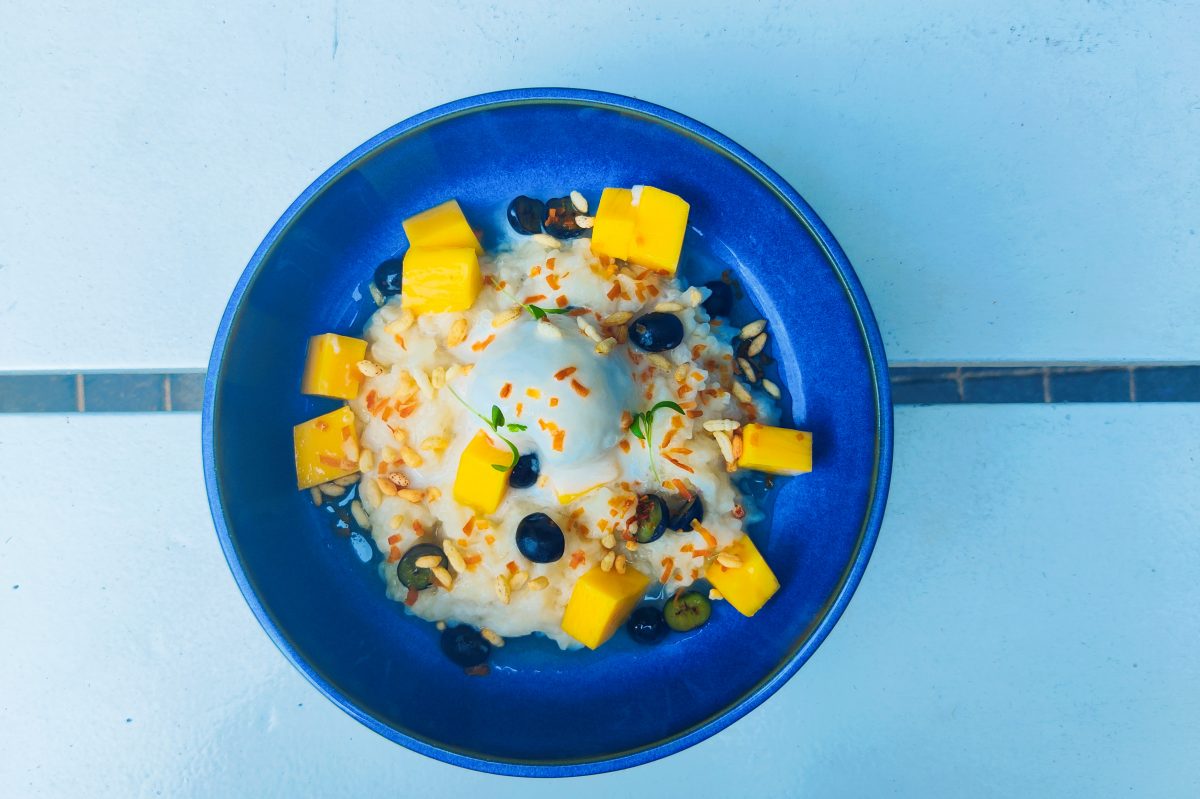 The Mango and Coconut Rice pudding (S$12) (also sweetened with agave) is a great way to end the meal on a light, mildly sweet and comforting note. The mangoes are tart, the coconut flavour subtle and the blueberries added a beautiful colour and floral hint. It’s so interesting to see how a version of such a rice pudding exists in so many Western and Asian cultures alike. The use of puffed rice on top certainly reminded me of India.

I am super impressed with their carbon conscious menu and it’s fantastic to see that so many dishes can be customised to be made vegan. I would especially recommend Super Loco at Robertson Quay to those looking for substantial veg-friendly options that are NOT just alternative meats and cheeses. All the meaty and creamy textures in the food were well crafted and made in house using vegetables, nuts and legumes and that’s what I liked the best.